Are You an Unsafe Driver?

Driving on America’s roadways today is a dangerous undertaking. The National Highway Traffic Safety Administration (NHTSA) reports that the U.S. saw 37,461 traffic fatalities in 2016, many of which were caused by driver error.

Many people who consider themselves to be safe, dependable drivers actually have dangerous driving habits. Whether you’ve been driving for days or decades, avoiding the following common driving behaviors can help you stay safe on the road and lower your risk of an accident.

Driving while fatigued can be just as dangerous as driving under the influence of alcohol. Drowsy drivers have slower reaction times and are more likely to fall asleep at the wheel. Sleeping drivers are likely to swerve off the road or into oncoming traffic, and they can do nothing to avoid a crash in the moments before impact. If you feel yourself beginning to nod off, either get some caffeine or pull off into a rest area that permits taking a nap in your car. You may arrive at your destination later than planned, but at least you will arrive.

It may be natural to want to travel faster than posted speed limits, but it doesn’t change the fact that speeding is a leading cause of both traffic fatalities and tickets. According to the laws of physics, the faster you are traveling, the longer it takes to stop and the harder the impact if you crash. The likelihood of a collision increases if you are traveling faster or slower than the average flow of traffic, so make sure you pay attention to the posted speed limit.

Following closely behind a tractor-trailer may increase your fuel economy, but it can also increase your risk of an accident. Truckers can’t see what is directly behind them, so it is dangerous to drive any closer than 150 feet behind a big rig. By following too closely, you could be setting yourself up for a truck underride collision if the 18-wheeler must stop suddenly.

Aggressive driving is a combination of multiple bad driving behaviors that are dangerous and likely to cause a crash. This can include excessive speeding, weaving in and out of traffic, tailgating, failing to yield the right-of-way, and disregarding traffic lights and signals. Even when traffic is sparse, aggressive driving is not only risky, but also extremely rude and stressful to your fellow drivers.

It is a sad but true reality that many of us regularly risk our lives on today’s roadways. In 2015, NHTSA reported that over six million traffic crashes occurred in the U.S., 1,715,000 of which caused injuries.

Even if you are a safe and diligent driver with none of the undesirable habits mentioned above, you are still at risk anytime you drive. Another less responsible driver may involve you in a crash, which is why it is so important to have the right auto insurance coverage. Don’t leave your driving future up to chance. Our knowledgeable agents at CIM Brokerage Corp. in Bronx, New York can help you find a policy that suits all your needs at the best available rates.

FL
This is the BEST!Flaco L., Bronx, New York
WG
CIM Brokerage is the the best!!!Wanda G., New York 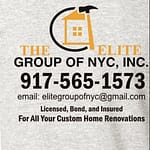 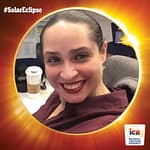 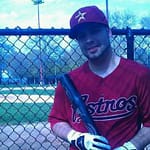